Throughout the 1970’s and 1980’s workers in Ontario became increasingly aware of the toll of injury and disease caused by dangerous and unhealthy working conditions. A groundswell of opinion demanded more effective diagnosis of work-related health problems and effective prevention strategies. The Occupational Health Clinics for Ontario Workers (OHCOW) was established in 1989 by the Ontario Federation of Labour (OFL) and is funded through the Ontario Ministry of Labour (MOL). The first clinic opened in 1989 in Hamilton, with subsequent clinics opened in Toronto, Windsor, Sudbury, Sarnia, Thunder Bay and more recently Ottawa.

We strive to accomplish this through the identification of workplace factors which are detrimental to the health and well-being of workers; by empowering workplace parties to make positive occupational health changes in their workplace and by providing information, knowledge and organizational skills to the workplace parties to eliminate work practices that cause injury, illness and disability.

The detection, prevention and elimination of occupational disease, injuries and illnesses, and the promotion of the highest degree of physical, mental and social well-being for all workers.

Throughout the 1970s and 1980s, Ontario workers struggled to secure basic health and safety rights. The miner’s strike in Elliott Lake 40 years ago is a classic example. Key rights were gained under the 1978 Occupational Health and Safety Act after the Ham Commission. But there remained concern about exposure risks, including the need for independent medical services to recognize and validate linkages with disease in order to substantiate claims and drive prevention.

The first union-sponsored Occupational Health Clinic in North America was started by the United Steelworkers of America, Local 1005 in Hamilton in 1981 in conjunction with activist doctors from McMaster’s Occupational Health Program. And building on its success, the Ontario Federation of Labour secured an agreement with the Ministry of Labour in 1988 to fund a pilot project—leading to the creation of OHCOW’s first clinics (in Hamilton and Toronto) in 1989. In Windsor in the mid-1980’s, a mesothelioma widow, (Lucie Dunn), initiated meetings to build support for the victims of asbestos-related diseases.

The victims’ group sponsored a local clinic in 1987, becoming part of OHCOW in 1991, concurrent with a new Sudbury clinic to serve northern workers. The Sarnia clinic began in 1999 to service the escalating number of patients from that area. And Thunder Bay was added in 2010 to improve access in the northwest.From the beginning the clinic staff worked hard at integrating primary (preventing harmful exposures), secondary (screening for early health indications), and tertiary (recognizing work-relatedness, optimizing treatment and, if possible, return to work) prevention into both the clinical and field work.

“These centres will vastly increase the availability to workers of independent medical assessments, including occupational histories and physical examinations by occupational health specialists, and medical monitoring of workers exposed to hazardous substances. In addition, they will contribute to improved industrial hygiene standards and will serve as sources of data for epidemiological studies to determine the relationship between work hazards and disease.”
– Labour Minister Greg Sorbara announcing funding for the first two clinics in April 1988.

Guided by Local Advisory Committees, each clinic has grown and evolved to meet the needs of the community they serve. In 1989, the demand for medical surveillance for designated substances dominated field work. As manufacturing declined, indoor air quality and ergonomics became more common requests. Asbestos issues grew, particularly in Sarnia, resulting in thousands of patients over the years. The Sudbury clinic quickly became an essential partner for communities with scarce resources. OHCOW Toronto served a densely populated area (Mississauga to the Quebec border) managing numerous requests with diligence and creativity. Hamilton staff became involved in epidemiological investigations early on, and the techniques (e.g. questionnaires and medical screening) are now used across the organization.

About 10 years ago, Windsor, and then the Hamilton and Toronto clinics, became involved with migrant workers, evolving into targeted clinics, often held evenings or on weekends in community locations. This work is now expanding to other vulnerable worker communities. In a similar vein, the Thunder Bay clinic has developed significant linkages recently with native bands in their area. OHCOW is a small organization of dedicated professionals—making it nimble and responsive—but the reach and impact has been magnified significantly by numerous partnerships with a myriad of organizations and individuals. Connections to workers and their representatives have been especially valuable in keeping efforts grounded, practical and timely. The statistics are impressive. Over the years the multi-disciplinary occupational health teams in the OHCOW clinics have worked on more than 31,000 patient cases and 11,500 workplace interventions; developed over 500 occupational health-based prevention tools and resources; presented greater than 10,500 education sessions; and responded to more than 100,000 work-related inquiries.

Workplace hazards and concerns have evolved and changed over time, as has technology. OHCOW strives to stay current and informed, venturing recently into a collaboration to address burgeoning workplace stress and mental health issues and even developing smartphone apps. The issues and tools change, but the underlying need for occupational health expertise, assistance and support to the workers and workplaces of Ontario doesn’t. The Occupational Health Clinics for Ontario Workers is as relevant today as it was the day it began.

The clinics are open to anyone with a possible occupational health problem.

Note: Enlarge the image above by clicking on it

OHCOW’s Board of Directors is an appointed group of diverse individuals, chosen represent the stakeholders we serve. Our Board of Directors guides our strategic direction, while our leadership team carries out the Board’s mandate.

David Chezzi
President and Chair of the Board

Tracie Edward
Vice-President and Vice-Chair of the Board

Treasurer of the Board, Injured Worker Advocate, UNIFOR Local 444

Secretary of the Board, Ontario Public Service Employees Union (OPSEU)

The following groups of experts make up the OHCOW Leadership Team,
who all work diligently to serve Ontario workers and workplaces to the best of their abilities. 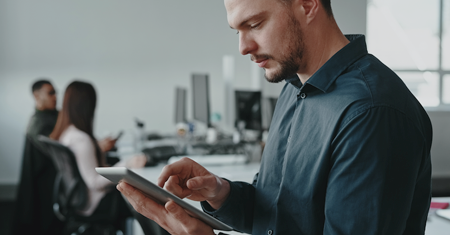 Ergonomists fit the job to the worker. Not all workers are the same size and everyone has their own limits. Ergonomics aims to design workstations, work processes, equipment, and tools to fit the worker. Our services offer ergonomic resources in the form of apps, ergonomic assessment tools as well as a vast library of information available on our website. We also offer onsite assessments. 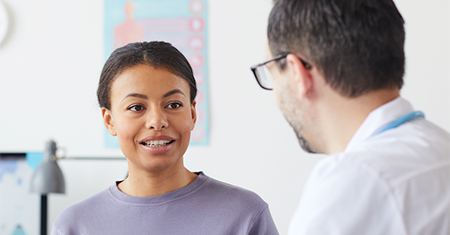 Occupational Medicine Physicians at OHCOW provide medical occupational services, including initial patient assessments, patient services; assessing and diagnosing of patient symptoms and determining causal relationship of those symptoms, provide documentation for specific investigations or referrals to appropriate specialists as a result of the interview, write reports and provide other unique services to support an employee who is looking for evidence based support for their work related illness. Physicians also complete a host of other services, that enhance the health of workers through research and education. 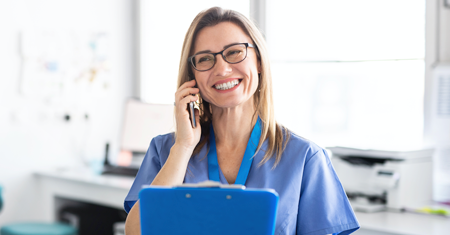 OHCOW Nurses can help the workplace with the introduction of medical surveillance programs, lifestyle/wellness programs, and conducting hearing screening. The staff work together using an inter-disciplinary team approach to health and safety concerns.  By accomplishing this, OHCOW has been able to address the needs of workplaces in our catchment area 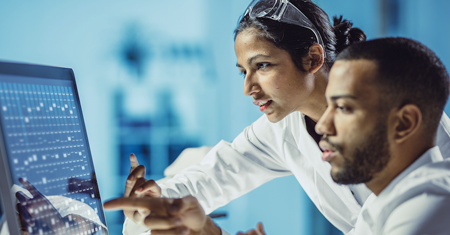 Our Hygienists look at the chemical, biological (i.e. mould) and physical (i.e. noise) hazards that can lead to the development of diseases and develop strategies to reduce these hazards including engineering and administrative controls such as ventilation or noise control measures. 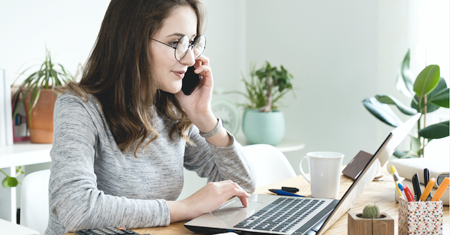 The Occupational Health Clinics for Ontario Workers is an independent, not-for-profit, province-wide occupational health and safety clinic system. Funded through the Ministry of Labour, we provide services and resources to workers, employers, advocates, health providers and organizations in the province of Ontario, for the identification and prevention of occupational illness, injury and disease.

Our Community Outreach and Achievements for 2021/2022 are Highlighted in our Annual Report Online.

PAST REPORTS and FINANCIAL STATEMENTS

OHCOW is committed to providing an accessible experience to all those who require it.
Our 2020-25 Accessibility Plan outlines the actions that OHCOW has/will incorporate to improve opportunities for people with disabilities.

95% Confidence Interval (CI) is a range of values (upper and lower) that you can be 95% certain contains the true mean of the population.